Niki Buchan – International Educational Consultant with Natural Learning Early Childhood Consultancy and Real World Learning Consultancy. With a biomedical background, Niki has lived and worked in South Africa and Scotland and has been calling Australia home since 2011.

She has a great love for the outdoors and has been working with both adults and young children in very consultative, naturalistic and sensorial environments both indoors and outdoors for more than 35 years. She works internationally as a conference keynote speaker, nature pedagogue, mentor and author and has been invited to work in the UK, USA, Canada, Iceland, Sweden, South Korea, China, Norway, Denmark and South Africa.

Niki has developed a reputation as a strong advocate for children’s right to a high-quality childhood with a deep concern about children’s mental health and trauma. She trusts children as being capable and competent including their ability to assess and take their own risks and face challenges.

Niki believes children have a right to regular access to nature and to have their voices heard in matters that affect them. She is considered a leading voice in promoting Nature-based practice and is the author of “Children in Wild Nature”, “A Practical Approach to Nature-based Practice” , “Adventurous Play” and STEM Detectives.

Niki is the mother of four adult children, an adventurer, keen photographer, seldom seen without a camera in her hand and is usually surrounded by children. 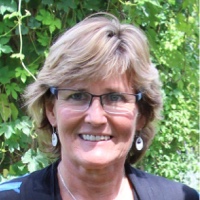 For the past 13 years she has had the pleasure of leading staff, parents and governors on a journey to develop the nursery from the traditional stand alone maintained nursery school it was to the award winning and internationally renowned centre of excellence it is today. The nursery school operates outdoors for over 90% of each session, learning in and with nature through its seasons and elements.

Sue is highly experienced in early years education. She started her career in teaching at the age of 29, her first post was as a reception teacher in a large primary school in an area of depravation where she gained experience across early years and key stage 1. She then moved to a large infant school to open a new nursery class.

Sue was then seconded to her local authority (Sunderland) as an early years consultant where she led on developing and implementing baseline assessment, a creative curriculum and outdoor provision. Sue also worked temporarily as an early years advisor before taking up her headship.

During her time at Boldon she had led the team through 3 Ofsted inspections and the setting is deemed to be outstanding in its delivery of its nature-led curriculum, outdoors. The school won the TES early years setting of the year and overall school of the year in 2016, an accolade that has never before been achieved by the same nursery school in the history of the awards.

The school has recently completed a project with 3 other countries funded by Erasmus + looking at the impact nature has on life skills and how it equips children for our future society. The school has also been in partnership with Siren Films to create a series of teaching clips highlighting quality interactions to support communication, language and literacy and maths.

Sue has also worked alongside Jan White to create a chapter on the outdoors in the publication ‘Achieving excellence in the early years: a guide for headteachers’. Her latest written work was a chapter she wrote for a book entitled Reclaiming the Curriculum which addresses Ofsted’s agenda of widening the school curriculum.

In her spare time Sue can be found in Scotland, enjoying the vastness of the outdoors with her husband and golden retriever Zara and her camera. She enjoys time with her young grandchildren, sharing new experiences and building memories with them in the great outdoors. 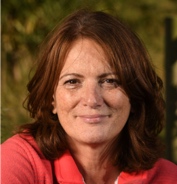 Menna began her professional career as a physics teacher and made the transition to Early Years when she became fascinated with the way that her own children were learning. She spent 15 years child-minding. In 2005 she opened the playgroup that she owns where she leads practice.

Menna is particularly interested in the role of the outdoor environment as a space which affords young children the opportunity to explore, develop and test their own theories and lead their own learning. Her masters research explored children's play in puddles. Her emerging PhD research concentrates on children's engagement with nature and the elements of water and mud in particular.

Menna also works as an early trainer and consultant. 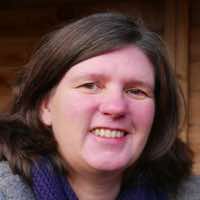