In a post earlier this year, I shared my six favourite children’s books to support play with dandelions to celebrate the confluence of World Book Night and Earth Day on 22nd April.  Now, just over half of the year later, on the other side of the seasonal cycle, it’s time to celebrate one of my other life long loves: rocks and stones!

International Stonework Play Day is on 3rd November each year, or a day around that date that suits you.  For us in the northern hemisphere, this times perfectly with growing awareness of ‘the stuff of the earth’ materials, which are gradually becoming more noticeable as our world turns towards winter – and asking us to play with them.

“Stonework Play is a form of creative learning and is an open ended response to the invitation to work with stones, a natural resource.  It engages the senses and animates imagination, allowing each person to tell a story or make a unique pattern suggested by handling the stones.  The weight, form and texture of each stone suggest artistic choices that result in original work.

Stonework Play responds to the idea of nature’s power to enrich the imagination.  It helps the artist, no matter how young, to explore and express emotions, thoughts and feelings through stone arrangements and the stories they elicit.  Stones are a kinesthetic medium, never fixed in their place or meaning, the ground an endless canvas, and small hands the brushes that move them.” – Diana Suskind, Creator of Stonework Play

The process that has developed into Stonework Play began in 2011 and I participated in one of Diane’s intriguing workshops at a World Forum Foundation global gathering not long afterwards.  Diane has since taken her workshops all over the world – find out more through the Stonework Play website hosted by Tania Molony’s Nurture in Nature Australia, where you can also download a free parent and educator handbook.

I’m sure everyone reading this blog knows what a satisfying material children find stone is for exploration and discovery of the world – and of themself in the world – interacting with a solid weight that tugs on the arms and a presence that fills up the hands.  We also know what versatile, dynamic and provocative resources abundant supplies of rocks, cobbles and pebbles can be for varied and extended play, morphing quickly into imaginative and narrative modes.

So, as a lifelong lover of both stone and books, here I present not six but fifteen favourite children’s books to accompany a season of play with rock and stone!

A Stone Sat Still tells the story of a seemingly ordinary rock – but to the animals that use it, it is a resting place, a kitchen, a safe haven… even an entire world.  This is a gorgeous exploration of perspective, perception, and the passage of time, with an underlying environmental message that is timely and poignant. 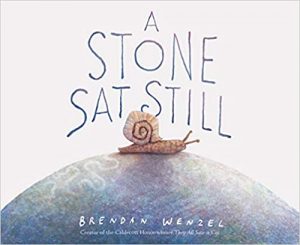 Lubna’s best friend is a pebble.  She found it on the beach when they arrived in the night, then she fell asleep in Daddy’s salty arms.  Lubna tells Pebble everything.  About home.  About her brothers.  About the war.  Pebble always listens to her stories and smiles when she feels afraid.  But when a lost little boy arrives in the World of Tents, Lubna understands that he needs Pebble even more than she does . . . 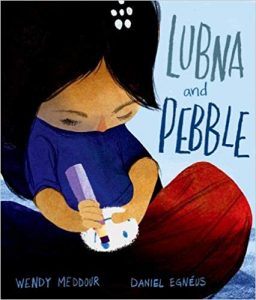 Petra is a little rock who believes she is a mighty mountain… until a dog fetches her for its owner, and she is tossed into a bird’s nest.  A mountain?  No, Petra is now an egg!  An egg of the world in a world of possibility.  Until she’s flung into a pond, and becomes an amazing island… and, eventually, a little girl’s pet rock.  What will she be tomorrow?  Who knows?  But she’s a rock, and this is how she rolls! 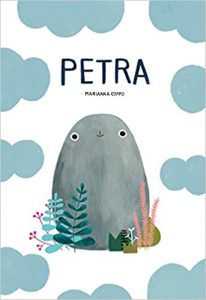 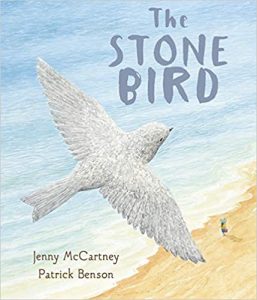 5. On My Beach There Are Many Pebbles by Leo Lionni (HarperCollins 1995) 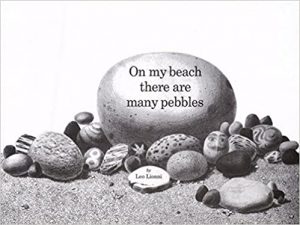 6. If You Find A Rock by Barbara Hirsch Lember and Peggy Christian (Houghton Mifflin Harcourt 2011)

Think of all the rocks there are: skipping rocks, splashing rocks, climbing rocks, and wishing rocks.  Children can’t help collecting them.  With joyful, poetic text and luminous photographs, If You Find a Rock celebrates rocks everywhere – as well as the mysterious and wonderful places they are found. 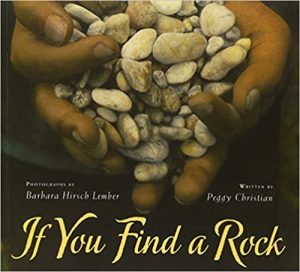 Rocks may seem like boring, static objects – until you discover that a rock can spark a fire, glow in the dark, and provide shelters of all shapes and sizes.  Laura Purdie Salas’s lyrical rhyming text and Violeta Dabija’s glowing illustrations show how rocks decorate and strengthen the world around them. 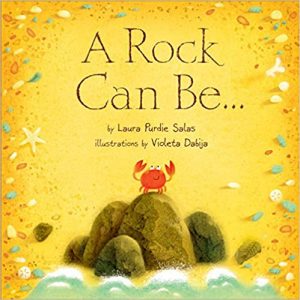 Describes the qualities to consider in selecting the perfect rock for play and pleasure.

When Stick rescues Stone from a prickly situation with a pine cone, the pair become fast friends.  But when Stick gets stuck, can Stone return the favour?  The author Beth Ferry writes warm, rhyming text that includes a subtle anti-bullying message even the youngest reader will understand [note: this is a board book]. 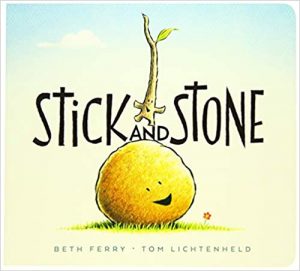 In this cumulative retelling of an ancient and widely circulated legend, storyteller Heather Forest shows that when each person makes a small contribution, the collective impact can be huge. 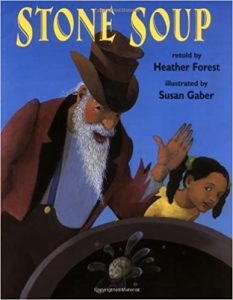 This exquisite volume, at once a gorgeous art book and a nature guide, presents more than 200 exceptional stones from around the world and describes the fascinating natural processes that produced them. 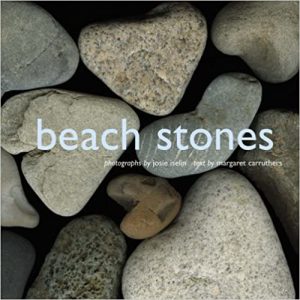 A heart stone is one of nature’s gifts.  Heart stones are not rare or precious in the typical sense – a good scour of a beach with any stones at all will usually turn up one or two heart-shaped stones.  But heart stones, lifted from their obscurity, with all of their cracks and blemishes, lopsided and imperfect, are simply the best find on any beach. 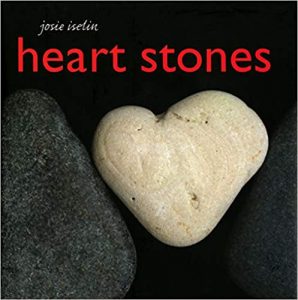 13. If Rocks Could Sing: A discovered alphabet by Leslie McGuirk (Tricycle Press 2011)

Amazing rocks, found on a stretch of beach near the author’s home, comprise this unique alphabet book.  A is for Addition, and there are rocks in the shape of real numbers, too.  B is for Bird, and there is a bird rock on a nest with an egg.  G is for Ghosts, and there is a host of rocks that look like ghosts!  Children and adults alike will pore over these fascinating rocks, and will be inspired collect their own. 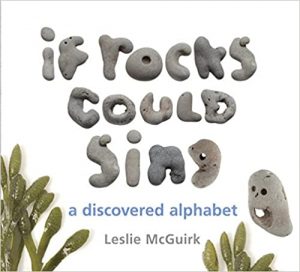 Charlotte has always really wanted a pet, so when her parents present her with one for her birthday she expects a cat, dog, or maybe a bird.  Instead, she receives a rock.  Rocks can’t cuddle, fetch, or even help her eat her vegetables, but that doesn’t stop Charlotte from loving her rock as if he were real.  If only he could love her back…or can he? 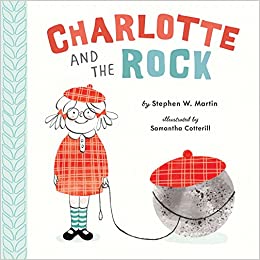 Old Rock has been sitting in the same spot in the pine forest for as long as anyone can remember.  Spotted Beetle, Tall Pine, and Hummingbird think just sitting there must be boring, but they are in for a wonderful surprise. 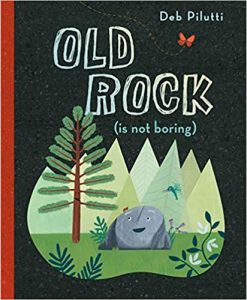 And, as a parting gift, here is a nice blog from Little Pine Learners – 10+ simple and beautiful stone activities for kids.  Number 11 is the best… 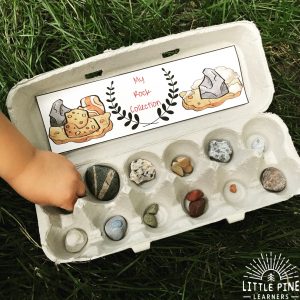 [Book cover images and descriptions are sourced from www.amazon.co.uk  Purchasing secondhand through booksellers via Amazon and elsewhere feeds the circular economy and supports children in developing a mindset for living sustainably].