With the winter solstice just around the corner, being outdoors in Early Years settings takes on a new layer of importance for young children.  It might be harder to be outdoors for lengthy periods of time, but it also might now be even more important for their wellbeing and healthy development.

In November, the Early Intervention Foundation published another wake-up call for those who are in a position to influence our youngest generation’s physical lives: Growing up in the Covid-19 pandemic: an evidence review of the impact of pandemic life on physical development in the early years.  This EIF evidence brief presents the findings of a rapid review of the evidence that took place during April 2021, examining the impact of the Covid-19 pandemic on early childhood physical development.  It is well worth reading in full, but here are some of the important points relevant to physical activity.

As the report’s introduction says, “evidence available from systematic reviews consistently shows more physical activity is associated with improved motor development, cognitive development, bone and skeletal health, and physical fitness”.  Given this, along with the centrality of physical development in all UK statutory early years frameworks – and that energetic research activity has been investigating the pandemic’s impact on young children’s lives – it is quite shocking that the reviewers were unable to find any relevant UK studies for children aged 0-5 years: “This rapid review identified no UK-based evidence aimed at understanding the impact of the Covid-19 pandemic on children’s physical activity in their early years.”

While no UK evidence for vulnerable young children aged 0–5 years was identified, evidence for older children and evidence from other countries suggests that children from low income and UK minority ethnic backgrounds (who traditionally have lower levels of physical activity), as well as those with neurodevelopmental conditions, have seen reductions in activity levels.  Additional risk factors were identified which included children who have limited outdoor space to play, for example children living in apartment blocks, and those where parents work from home (p5).

Evidence identified throughout this review also highlighted ‘a collision’ of two international pandemics: Covid-19 and childhood obesity.  “This has raised concerns around the synergistic impact this has had on children’s health, and will have placed children, particularly already vulnerable children, in a position of considerably increased risk of poor health outcomes” (p15).

“…evidence was most consistent on the negative impact of the pandemic on children from low-income and UK ethnic minority families.  This is particularly worrying given the emerging evidence from the UK that the gap between children from low- and high-income households is even steeper for physical development than it is for other areas of development such as language and socioemotional development” (p26).  The report concluded:

Without prioritisation of evidence-based policies and services aimed at supporting physical activity and promoting food security, good quality diet and nutrition, breastfeeding, oral health, immunisations and sleep, the long-term impacts of the pandemic are likely to hinder the early physical development of this generation of young children and lead to increased health risks and inequalities in later life (p7).

As Max Stanford, head of early childhood education & care at the EIF, proposes in his blog post of 26th November, “A key way to do this is through the trialling and then scale-up of evidence-based interventions as with the Government’s rollout of the Nuffield Early Language Intervention.  Evidence-based interventions to support physical development in the early years could have a substantial impact, particularly if they are targeted at children most at risk of poor outcomes.”

I’ll leave it to you to suggest that we already have a well-evidenced – and well-practiced – way of supporting physical activity and development: through frequent, rich and prolonged whole-bodied experiences in the outdoors (as summarised in the booklet Reasons to be Outside, White and Edwards 2020).  Imagine if the Government were to fund an outdoor play ‘intervention’ programme with the same enthusiasm (and speed) as they have done for their Language Intervention response to the negative effects of pandemic restrictions on language development?

Picture books provide a wonderful tool for encouraging children to be active whilst outdoors and to want to go outside in response to how the characters and images make them feel; so this post offers an excellent collection of 12 stories with a range of starting points and stimuli for whole-bodied play outdoors, even (especially) in cold and wet weather.  Later into this new Winter season, I’ll post again on this subject with a second collection of 12 great children’s books for being active outside, focusing on rhymes, songs, movements and games outdoors.

Meanwhile, have a relaxing (but active!) and regenerating festive period! 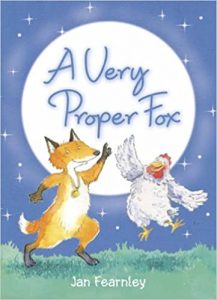 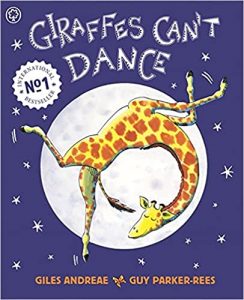 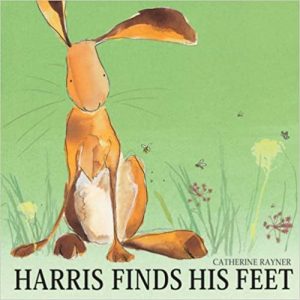 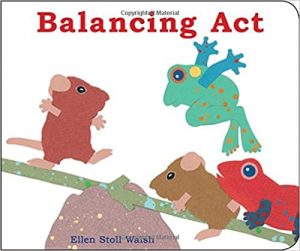 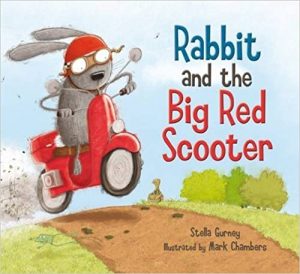 7. Mr. Strongmouse And The Baby by Hiawyn Oram and Lynne Chapman (2006 Orchard Books) 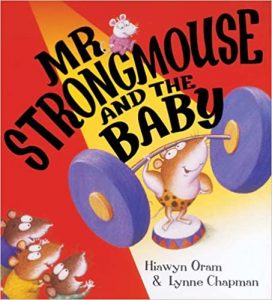 8.  Down By The Cool Of The Pool by Toni Mitton and Gu Parker-Rees (2016 Orchard Books) 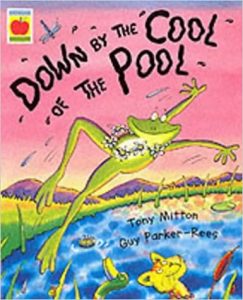 9. Ants In Your Pants! by Julia Jarman and Guy Parker-Rees (2010 Orchard Books) 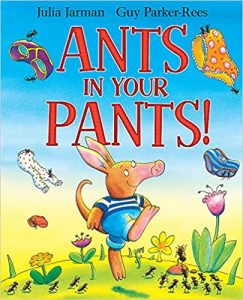 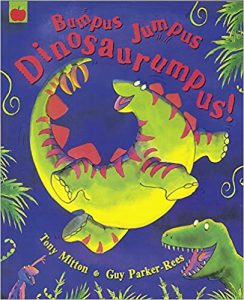 11. The Grumpalump by Sarah Hayes and Barbara Firth (1992 Walker Books) – a golden oldie! 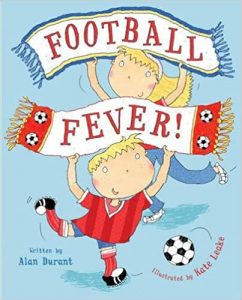 Featured image is (C) Jan White and must not be used without written permission from the photographer or Early Childhood Outdoors.  All book cover images sourced from Amazon.co.uk