Dandelion Virtues: the merits of the undervalued ‘weed’ – and some more books about dandelions!

In celebration of the way dandelions are still working so hard at encouraging optimism during our continuing lockdown, and of National Wildflower Week, which this year falls on 4-10th May (as the first full week in May), I’d like to share a few of the incredible array of virtues the humble, joyful dandelion plant has both for wildlife and for us: 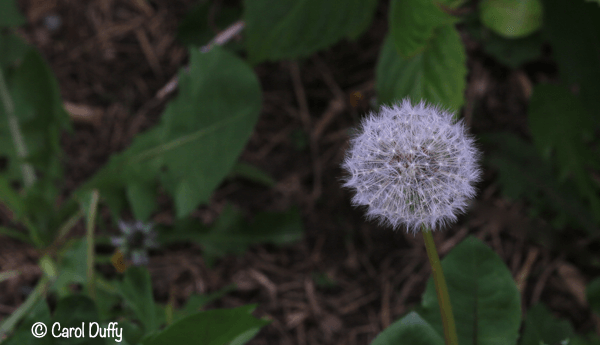 So, for those who would like to dig into more about this amazing weed, here are four books to intrigue you further (I highly recommend the first in the list).  As you will no doubt be aware, dandelions are fast growers, going from seed to plant to flower to seed again in a timescale that offers excellent opportunities for children to become interested in the cycles of plant life.  So these are followed by four picture books written for younger children.  Have fun! 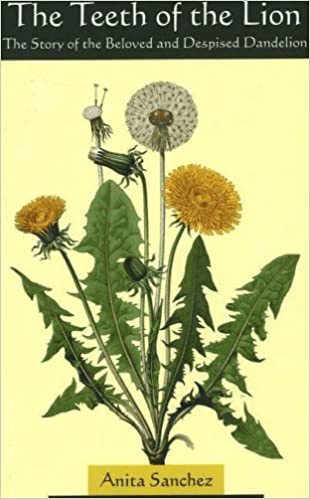 “This work tells the story of the common dandelion, that remarkably widespread plant that is known, for better or worse, by just about everybody. Through a series of short essays, written in accessible language and a thoroughly engaging style, Anita Sanchez takes the reader on a journey through the natural history of the dandelion and its long association with humans. Joan Jobson’s illustrations add important details and subtle accents that enhance this journey. Well-adapted ecologically to spread into and thrive within disturbed sites – such as the lawns, playgrounds, roadsides, and parking lots in which they are most often encountered today, and viewed as weeds – dandelions also have had a lengthy, welcomed association with humans as medicine, food, and objects of ritual, magic, and folklore. The Teeth of the Lion will be a source of enjoyable, fascinating, memorable information of interest to all users. It will provide naturalists, wildflower enthusiasts, gardeners, interpreters, teachers, landscapers, and homeowners a better understanding of one of the most common, well-known, and perhaps under-appreciated plants to be found anywhere.” 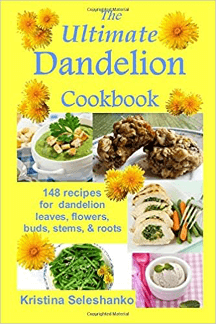 “What if someone told you one of the world’s most nutritious foods is also tasty, can be cooked in many different ways, is easy to find, and is totally free? I know what I’d do: I’d run out and grab some! Well, the good news is there is such a food: Dandelions. Yes, those pesky weeds with bright yellow flowers you’ve grown up thinking are the enemy of perfect lawns are actually food – brought to North America by immigrants who knew how valuable they are.

Every part of the dandelion is edible:

The Ultimate Dandelion Cookbook offers 148 recipes, plus expert advice and tips, for cooking all parts of the dandelion – one of nature’s best free foods.” 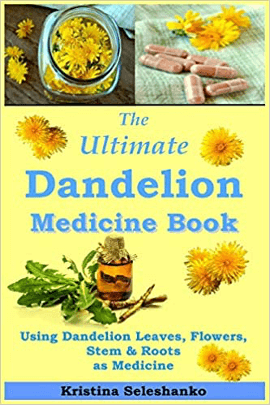 “40 recipes for using dandelions as all-natural medicine! Dandelions are the blossom children love and adults spray to eradicate… but it hasn’t always been that way. In fact, dandelions were purposefully brought to North America by immigrants who valued them as both food and medicine. With a history of use going back to the ancient Greeks and Egyptians, modern science has shown this common weed is useful for treating a number of ailments.

The Ultimate Dandelion Medicine Book – a companion book to the bestselling The Ultimate Dandelion Cookbook – will help you discover how to use this common weed for medicine. You’ll learn what each part of the dandelion is used for, what conditions the plant treats, how to properly dose dandelion medicine, and what recent scientific studies have been conducted on the plant’s medicinal properties. In addition, you’ll discover recipes for making dandelion tinctures, teas, capsules, decoctions, salves, oils, baths, poultices, vinegars, and more.” 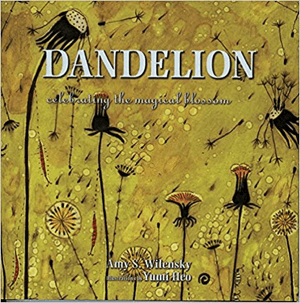 “Exquisitely illustrated with original oil paintings by Yumi Heo, this testament to the dandelion is, like its namesake, packed with whimsical and ephemeral as well as homespun utility.” 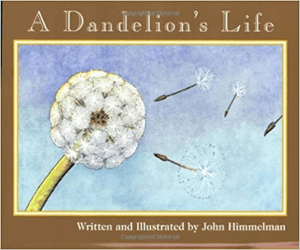 “Text and illustrations follow the life cycle of a dandelion. describing its germination, the growth of its flower head, visits by various insects, and the withering of its stem in winter.” 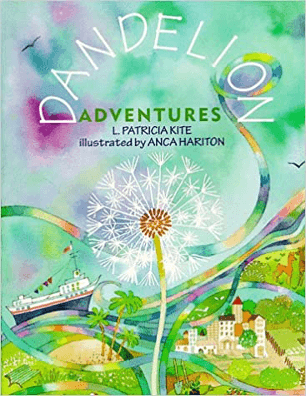 “The wind blew and several tiny dandelion seed parachutes fly into the air.  One lands in a sidewalk crack, another at the edge of a forest, while three others land in a garden, a park, and on a muddy shore.  One seed lands on a ship and sails off to a foreign land.  The last one lands in a schoolyard, where it takes root and matures.  A child puffs on the feathery white ball and seventy little seed parachutes fly away – where might they land?  In simple words and beautiful pictures, the story of how this most widespread of weeds regenerates is unfolded for young readers.”

Dandelions: Stars in the grass by Mia Posada (2000 Scholastic) 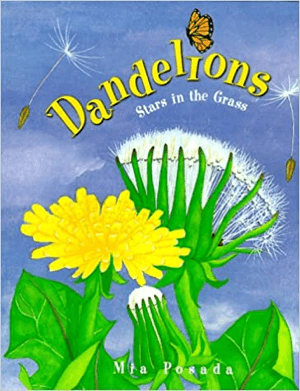 “Rhyming text presents the dandelion, not as a weed, but as a flower of great beauty and includes information about the flower, a recipe, and science activities.

From Seed To Dandelion by Ellen Weiss (2008 Children’s Press) 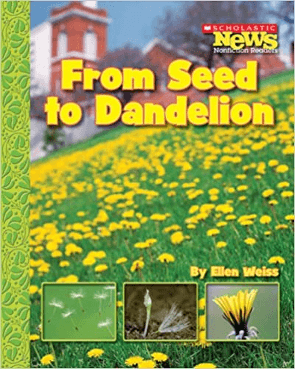 “Did you ever blow the fluff off of a dandelion?  Did you know that tiny seeds are attached to the fluff?  Read this book to find out more about how dandelions grow.”

** All About Dandelions: the golden wonder herb by Eric F.W. Powell (1972 HarperCollins)

Dandelion images are © Carol Duffy.  Images must not be used without written permission from the photographer or Early Childhood Outdoors.