One of the aims for Early Childhood Outdoors is to help people committed to working with the outdoors to dig more deeply into what it means to provide education outdoors, thinking further about how in partnering with the outdoors we can nurture wellbeing and growth.  For educators, working outdoors seems to prompt a different way of relating and enabling learning, and it’s intriguing to contemplate why and in what ways this takes place.  Perhaps it also prompts a different view of young children and influences what we see as particularly important in our work.  I think many would agree that being outdoors tends to foreground wellbeing and self-motivated activity, where ‘autonomy’ takes a leading role.

Dr. Alexia Barrable is a lecturer/researcher at the University of Dundee working at the intersection of psychology and education, where her research focuses on outdoor learning and nature connectedness in the early years and beyond.  Drawing on Self Determination Theory, which identifies autonomy as one of the basic psychological needs for humans to develop optimally and flourish within their environment, her study in several Scottish outdoor nurseries revealed how adult, environment and child work in a continuously evolving partnership to actively promote autonomy.  Alex shares some of her findings here – the full paper is open access so I hope this piques your interest to explore this fascinating and important issue further!

In a recent research study, I explored some of the concrete manifestations of autonomy support in natural childcare and early childhood education settings, under the organising framework of self-determination theory. More specifically, I considered the ways in which early childhood educators shape the space of natural settings and use the affordances of the natural environment to promote autonomy in children aged 3–8 years.  My enquiry aimed to explore both how the natural spaces are shaped by practice that is committed to supporting autonomy and how natural spaces themselves shape autonomy supportive practices.

The practices discussed in my recently published academic article are a result of direct observation in several Scotland-based outdoor settings, observations and organic conversations with educators in outdoor and forest kindergartens. Hopefully the practices and spaces presented in this paper can be of use by educators and setting managers who aim to support autonomous learning and intrinsic motivation in their pupils in outdoor natural early years’ settings.

“I want the blue one”, says two year old Maddie, pushing the yellow beaker away. She looks at Tom, her key worker. He is holding the blue beaker in his hand, and offers it to Maddie. “Why don’t you come and help me pour the water into this one, then?”, he says.

Maddie is at the stage of development where children start to explore their autonomy. Although defined in many different ways by the philosophical and psychological literature, the essence of the term can be about self-determination. To put it simply, autonomy in this context refers to the freedom to have choice and control one’s actions. It can be seen in children as young as 18 months and it is mostly fully developed by age three.

Years of research have shown that autonomy can be seen as a basic psychological need that needs to be fulfilled in order for humans to flourish. In this sense, being able to behave in an autonomous way is essential to our wellbeing. In the case of young children, it the socialising agents – the parents and educators – who need to support this basic need.

Supporting young children’s autonomy has been found to have far reaching positive effects on the child’s development, including benefits to executive function, mastery related behaviours and general socialisation. Failing to support children’s autonomy, on the other hand, or even actively thwarting it by being controlling has been associated with increased levels of anxiety in children. And it is that crucial age, between 2 and 3 where autonomy support can make a difference in the way the child develops a healthy sense of the self, and, ultimately, self-regulation.

So, how do we do it? How do we support autonomy in young children? Below are three simple research-backed ways. 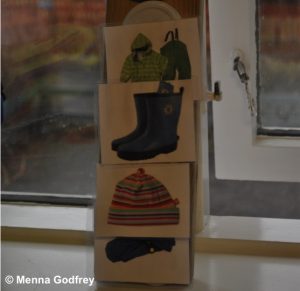 Contrary to what we may initially think, having clear rules, regulations and expectations can be supportive to children’s autonomy. Communicating such rules in a consistent way gives children a clear framework within which to work and develop. This is applicable to both time and space. Having a clear structure for the day, for example, that includes free time to play and explore, can give the child the precious power to choose how to spend her day. The same applies to space: setting up clear boundaries can allow a child to roam and choose where to be and what to engage with. A note of caution: structures and boundaries should be clear, but allow for freedom within them – both in time and space. The opposite, structures that are too limiting, thwarts feelings of autonomy in the child. 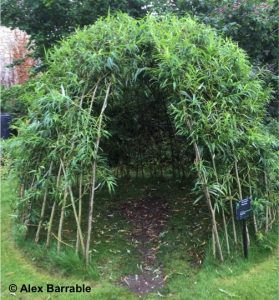 Children thrive in environments where they are given the time to play on their own terms. Some of the most common ways that children assert their autonomy is by claiming their own space. Hiding away, along or with friends, can enhance a child’s feelings of control. Set up spaces within your indoor or outdoor area where children can build their own dens, or claim their own space in already existing structures. Pop-up tents are particularly useful, as they can be easily set up and taken down by the child herself. On the other hand, providing materials for children to build their own den – inside or out – can also be great fun!

Taking measured risks is part of life, and giving children the skill to learn how to assess risk is key to supporting autonomy. Take the time to discuss potential risks with children and support them in making an informed, but autonomous, decision. Use informative and neutral language and let children develop their own skills of planning and risk assessing.

Overall, nurturing children’s innate need for autonomy is a key skill for early childhood educators. The above three ways can inform practice in a variety of settings, to support autonomy and enhance children’s sense of wellbeing.

Images are (C) Alex Barrable, Menna Godfrey and Jan White. Images must not be used without written permission from the photographer or Early Childhood Outdoors.