Having opened last October to the wettest autumn ever and then had to close in March due to the lockdown Janet Packer, co-owner/manager of Growing Wild Outdoor Nursery in Barnsley, continues to share their fully outdoor journey with the ECO meshwork as they cautiously reopened this June – with the same optimistic surprise that many others have experienced too.

Opening up the outdoors after lockdown by Janet Packer

It seemed like forever since we closed our doors at the start of the pandemic, and it had been a considerable amount of time, and a very surreal time for us all. And as you will see from the photos, the barren mud bath that we left in March had become a wilderness of weeds, wildflowers and long grass when we returned in June! 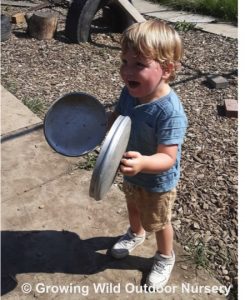 We had hummed and erred over whether we were making the best decision to reopen, having considered all angles, read every bit of government guidance, and taken into consideration the views and needs of our families and staff. We also had to consider our ability and necessity, as a small start-up business, to stay afloat. 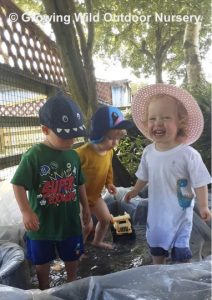 So, after spending a small fortune on disinfectant, handwash and sanitiser, splitting resources into two sets, one for each group of children, we considered which resources could be reasonably be cleaned and shared and we packed the rest away. The place looked very bare at first, but this helped us to focus even more closely on natural resources that the outdoor environment has to offer, so in fact it did not pose too much of a barrier. 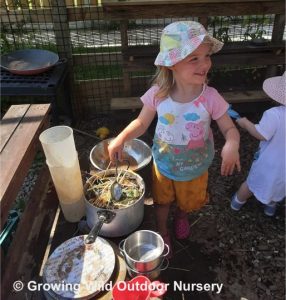 We felt a little anxious as we unlocked the gate, only allowing one parent onsite at a time, whilst keeping ourselves and other children two metres away from them, not allowing them to spend 5 minutes playing before they left or allowing them to touch the door handle on their way out. Things were the same, yet different … hard to explain. 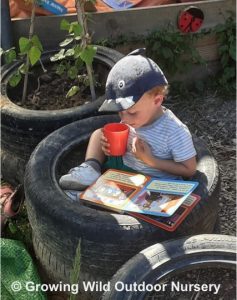 It was however so exciting to have a conversation with a real person and catch up with parents. And it was amazing to see the smiles on the children’s faces as they ran straight in to play. I was quite surprised how quickly they settled back in, almost as if they had never been away for most of them. And now after three weeks, we have found our new normal that is, for the most part and especially while the children are around, not that different to the old. Washing our hands is taking up a bit more time and we must be more mindful, as adults, about routines and procedures, but that’s it. 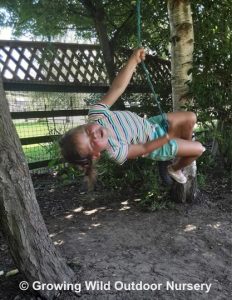 Only a few families have not yet returned, who either understandably have their reservations, or are unable due to shielding or financial changes. And we have been overwhelmed by the number of new enquiries to start as soon as possible.

More than ever, I believe it is important to appreciate the time, space, and freedom the outdoors provides for our children’s health and wellbeing, and for our own! 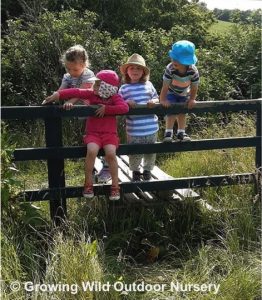 2 thoughts on “Opening up the outdoors after lockdown”